Mr. John Wesley Paschall, Jr. passed away February 3, 2019. He was born on March 25, 1933, to John and Martha Paschall. After graduating from Durham High School, Class of 1952, Mr. Paschall served the US Army in Germany and returned home to obtain his degree in English at UNC-Chapel Hill.
Mr. Paschall worked with the State Employment Commission in Raleigh until his retirement.
Mr. Paschall is survived by his sister; Martha P. Olive, nephew; David P. Olive, and several cousins.
A private graveside service will be held at a later date.
The family appreciates the care of Mr. Paschall that Right at Home and Liberty Hospice provided. A special thanks to Mr. Robert Abrams, a family friend, for his steadfast presence and generosity throughout Mr. Paschall’s illness.

Offer Condolence for the family of John Wesley Paschall, Jr. 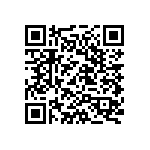