John Peter Dorton, 81, passed away peacefully at his home Sunday, January 17, 2010 after battling an extended illness. He was born and raised in Durham, and was the son of Peter and Evyenia Dorton. John’s parents were founding members of the Greek Orthodox Church of St. Barbara, where John was also a member.
A graduate of Duke University, he completed dental school at Emory University in Atlanta. Upon graduating from dental school, he returned to Durham and established a dental practice on Broad Street where he practiced for 37 years.
John is survived by his children, Katina Dorton Ricke of New York City, Evyenia Dorton Dunlap of Hillsborough, Peter Dorton of Anderson, SC, Zoe Dorton Boykin of Raleigh and Sophia Dorton Caudle of Durham; grandchildren, Caroline and Isabelle Ricke; Hunter and Zachary Dunlap; Nicholas, Alexander and Bailey Dorton; Avery and Alexander Boykin; and William Vasili Claypoole. John was predeceased by his brother Spero, and is survived by his former wife, Betty Bouchlas Dorton of Durham
Friends may visit 7-9 PM Wednesday at Hall-Wynne Funeral Service, with the Trisagion litany said at 8pm. Funeral services will be held 10:30am Thursday from St Barbara Greek Orthodox Church 8306 Highway 751 in Durham, with the burial to follow at Woodlawn Cemetery.
Memorial contributions may be made to Saint Barbara Greek Orthodox Church, 8306 NC Highway 751 Durham, 27713. On-line memorials: hallwynne.com. Select Obituaries.

Offer Condolence for the family of John Peter Dorton 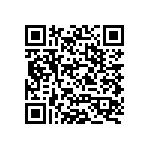