He was preceded in death by his wife of 63 years, Jeanne O’Hearne Eslinger, and by his brother, Norman Francis Eslinger.

John was born in Chicago, Illinois on June 11, 1920 to John and Adeline Eslinger. He graduated from St. Phillip’s Basilica High School in Chicago, and in 1950, he earned a Bachelor of Science Degree in Mechanical Engineering (Aeronautical Option) at the Illinois Institute of Technology.  He received his master’s degree in Aeronautical Engineering from the University of Southern California in 1957.

Throughout his life, John was passionate about all aspects of flight and received his private pilot’s license at age 19. In 1942, he began his professional career by building and designing aircraft at Consolidated Aircraft in San Diego, California. He then honorably served as First Lieutenant in the U.S. Infantry during WWII. The major focus of his life’s work was on space flight, as an engineer for North American Rockwell on both the Apollo and Space Shuttle programs. In addition to his work, John was an avid sailor, private small aircraft pilot, ham radio operator, amateur astronomer, and model airplane designer and builder.

Offer Condolence for the family of John Joseph Eslinger 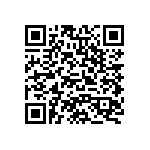