CHAPEL HILL – John Henry Kepley died peacefully in his home on May 24, 2015. He celebrated his ninety first birthday on May 22nd surrounded by family and friends. He was preceded in death by his parents John Lewis and Addie Rattz Kepley, two brothers, Keith and Alvin as well as his bride of sixty two years Ellen Hogan Kepley. He is survived by his son John Timothy Kepley and daughter Sandi Kepley Crawford.

As a young man he migrated with his family from his birthplace in Rowan County to settle on Kepley Road in Durham, NC. He and Ellen spent most of their life together living in the community on Homestead Road in Chapel Hill. They later built their home on Crawford Dairy Road.

John’s life portrayed caring for others; whether in sharing his bountiful garden harvests or woodworking skills or simply with his charming sense of humor. “Mr. K” was also an avid golfer who did not like to lose. Along with his wife, he nurtured a growing Orange United Methodist Church community. Before retirement, he worked for RA Properties preceded by years at Johnson Strowd Ward Furniture Store and Yates Motor Company.

In lieu of flowers, memorial gifts may be made to Orange United Methodist Church in Chapel Hill or to the American Cancer Society. The family would like to thank members of Orange church and neighbors in White Cross for their continued support following Ellen’s passing in late 2011.

A celebration of his life will be held 12:00PM Thursday, May 28, 2015 at Orange United Methodist Church. Rev. Ken Hall, Jr. will officiate. Burial will be in the church cemetery followed by a reception.

The family will receive friends from 11:00-12:00pm Thursday in the fellowship hall prior to the service.

Offer Condolence for the family of John Henry Kepley 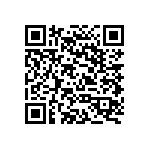