******
Due to inclement weather, the visitation for this evening for John Henry Clayton has been cancelled.
The family will receive friends Wednesday, February 25th from 1-2 PM at First Baptist Church
We are sorry for any inconvenience.
******

DURHAM-John Henry Clayton died February 22, 2015 at his home Atria SouthPoint Walk in Durham NC. He was born July 18, 1921 in Stem NC, the son of the late Oscar Greene Clayton and Libby Yarboro Clayton.
John longed to be with Mary again since they were married for 68 years.
Surviving are his son Jack Oscar Clayton and wife Mary McElwee Clayton of Raleigh and his daughter Mary Jill Moore and husband Dr Mark Moore of Greensboro. John has five grandsons, Zachary, John and Will Clayton of Raleigh, and Garrett and Carson Moore of Greensboro. His love of his life since first grade, Mary Will Harris preceded him in death 17 months earlier.
After graduating from Wake Forest College in 1942 he attended midshipman school at the University of Notre Dame and was commissioned as an Ensign in the Navy in January 1943. He served on a LST (Landing Ship for Tankers) in the Pacific in landings at Kwajalein, Saipan, and Leyte in the Philippines. He served as the Commanding Officer of LST 223 in the Pacific at the young age of 23. He later served as Executive Officer and Commanding Officer of a local Naval Reserve Division in Durham and retired after 20 years with the rank of Captain.
He represented Prudential Insurance Co of America for 65 years and loved helping policy holders protect their families. He was the first agent in Durham to attain the designation of Chartered Life Underwriter in 1950. He became President of the Durham Association of Life Underwriters for two terms, President of the Eastern North Carolina Chartered Life Underwriters and President of the NC Association of Life Underwriters. He was chosen as the NC Underwriter of the Year in 1981. Until his death, he remained active in life insurance to render assistance to his many clients and friends.
Other community activities included being President of the Optimist Club, President of the Area Wake Forest Alumni and a member of the Durham Sports Club. He was active at First Baptist Church as a teacher, in the young married class, deacon (chairman 3 times), chairman of the Future Development Committee and Trustee. He worked with his wife Mary in the Homebound Ministry and together they sponsored and directed the Moravian Lovefeast at First Baptist Church for 25 years. He also served as moderator of the Yates Baptist Association.
He was engaging with a great sense of humor and a wonderful optimistic perspective on life.
The family will receive friends at the Hall-Wynne Funeral Service on Tuesday, February 24 6:00-8:00 pm. Funeral services will be at 2:00 pm on Wednesday, February 25 at First Baptist Church with Reverend Andy Winn presiding. Burial will follow in Maplewood Cemetery immediately following the service with military honors.
Memorials, in lieu of flowers, may be made to the John Clayton Scholarship at Wake Forest University PO Box 7227, Winston-Salem, NC 27109 to help alumni children with financial need.
Online condolences; www.hallwynne.com; Select obituaries.

Offer Condolence for the family of John H. Clayton 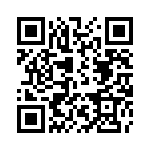