John Edward Graham died November 7, 2008, at home in the presence of his family and priest. He was born February 28, 1927, in Greenville, South Carolina, the son of Sophie Kloeckler and John Freeman Graham.

John joined the Navy at an early age and served in the Pacific during World War II on the USS Orleck. He lived and worked in Winston-Salem and in New Jersey for Western Electric and Bell Labs and for W.A. Brown Instruments as a sales engineer and received annual recognitions as an outstanding salesman. He moved to Durham in 1972. After retiring in 1992, John embraced many new challenges as a church and community volunteer.

He was a Scout leader both in Winston Salem and in Durham, received the St. George Scouting award and was a Vigil Life member in the Order of the Arrow in WAHISSA Lodge.

At Immaculate Conception Catholic Church in Durham, John became affectionately known as “Papa John.” He taught preschoolers in Sunday School and worked with youth seeking to be confirmed.

John’s passion for politics started at the age of 13 handing out Wendell Willkie buttons. The Durham County Republican party honored John recently as its 2008 Man of the Year.

Involvement in the Durham Sertoma Club was another highlight in John’s life. Twice he received the Sertoman of the Year award and was a member of Sertoma International. During many summers, John offered leadership to Camp Sertoma’s Deaf Camp.

In 1996, John became actively involved in Friends of State Parks as a member, board member and most recently as a two-term president of the board. On the day before he died, state parks officials and rangers visited John and presented him with service awards including the Old North State Award.

A Mass of Christian burial will be offered 10:00 AM Saturday, November 15, 2008
from Immaculate Conception Catholic Church with Father Dan McLellan, OFM, presiding.

Arrangements for the Graham family are under the care of Hall-Wynne Funeral Service.

Offer Condolence for the family of John Graham 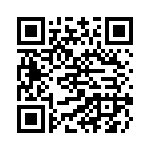