John F. “Jack” Richards, 86, died Sunday morning in Duke Hospice’s Hock Pavilion. He was born July 22, 1926 in Tottenville, Staten Island, NY to the late John and Emma Richards. Mr. Richards served in the U.S. Navy during WWII and was stationed in the Philippines. A Durham resident since 1962, he was employed with Collins & Aikman Corp. for 46 years. Mr. Richards was a parishioner of St. Matthew Catholic Church and a 4th degree member of the Knights of Columbus.
His hobbies were airplanes and flying, and he was the proud owner of an Aeronca Champion aircraft.
Surviving are his wife Alice R. Richards; his sons, Don Richards of Durham and Gary Richards and his fiancée, Kathryn Gurley, of Durham; and grandchildren, Elizabeth and Charles “Chuck” Richards. He was predeceased by his brothers, Donald and Charles Richards.
A Mass of Christian burial will be offered 11:00 AM Thursday from St. Matthew Catholic Church, with Fr. Thanh Nguyen presiding. Interment will follow in St. Matthew Catholic Cemetery. Friends may visit 6-8 PM Wednesday at Hall-Wynne Funeral Service. Memorial donations to: Alzheimer’s Assn, www.alzorg or to the building fund of St. Matthew’s Church, 1001 Mason Rd. Durham 27712.

Offer Condolence for the family of John F. Richards 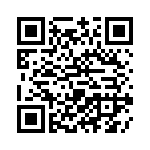