Joanne moved to Chatham County fifteen years ago from New Jersey with her husband John. She began her career with the Chatham County school system two years later, working as a volunteer at North Chatham. Since that time, she ascended through various positions at North Chatham, Perry Harrison and Margaret Pollard schools. At the time of her death, Joanne was an office administrator at Margaret Pollard school. Reading was Joanne’s favorite pastime; she also enjoyed collecting pig figurines. Joanne loved music and enjoyed playing the upright bass; however her family, especially her four grandchildren, was her true love.

Memorial contributions in Joanne’s name may be designated to the Memorial Garden Fund of Chapel in the Pines Presbyterian Church, 314 Great Ridge Parkway, Chapel Hill, NC 27516.

Arrangements for Mrs. Fredericks are under the care of Hall-Wynne Funeral Service and Cremation of Pittsboro.

Offer Condolence for the family of Joanne Henderson Fredericks 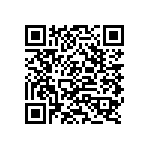