Born February 7, 1922 in Dayton, Ohio, she was the second of two children born to Anna and Peter Gmaz. Raised in Dayton, she was a first generation American, both parents having immigrated from Croatia, Yugoslavia. She attended Duquesne University as an arts and science major, and was a featured performer with the university’s world famous Tamburitzans. It was performing for visiting air cadets where she met Arthur Vann II, and they were married January 4, 1944.

Visitation will be at 10:00 am on Thursday September 5th at Immaculate Conception Church. A Mass of Christian Burial will follow at 11:00. The burial will be private.

The family will join friends immediately following at a reception at the Washington Duke Inn. In lieu of flowers, donations may be made to the Alzheimer’s organization of your choice.

The family would like to express our heartfelt thanks to the staff and caregivers at Carolina House of Chapel Hill for their compassionate and professional care of our extraordinary mother over these last several years.

Arrangements are being handled by Hall-Wynne Funeral Home. Condolences may be sent through Hallwynne.com.

Offer Condolence for the family of Joanne Gmaz Vann 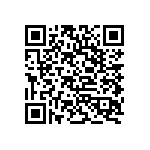