Mrs. Huang excelled in her educational endeavors. She graduated from Taipei First Girl High School (北一女) in 1956 and graduated from the prestigious Taiwan National University (臺灣大學) in 1960 with a degree in Pre-Law. In 1962, Mrs. Huang immigrated to the United States.

In 1965, Mrs. Huang married Mr. Yung Huang, her college sweetheart in New York City. In 1966, the couple relocated to Amherst, Massachusetts while Mr. Huang worked toward his graduate degree at the University of Massachusetts at Amherst. The couple with their young family then settled in Albany, NY. After owning a gift shop in Schenectady, NY in the late 1970’s, Mrs. Huang then studied accounting at Siena College and eventually retired as a revenue agent with the Internal Revenue Service in 1997.

A Catholic Mass will be offered at 11:00 a.m. Friday, November, 6, 2015 at the Immaculate Conception Catholic Church in Durham with Fr. Joseph Yang presiding. Burial will follow at Chapel Hill Memorial Cemetery.

In lieu of flowers, memorial contributions can be made to Maryknoll Sisters of NY. Funeral Arrangements for the Huang family are under the care of Hall-Wynne Funeral Service at 1113 West Main Street, Durham, NC 27701. 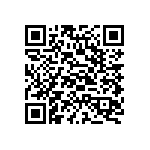