Jim Tate, age 41, of 308 12th Street, Butner, died peacefully, Thursday, February 10, 2011. A resident of Butner since 1983, he was son of J. B. Tate and the late Virginia Danner Smith and a 1988 graduate of South Granville High School.
Funeral services will be conducted at 3:00 P.M. on Saturday, February 12, 2011 at Creedmoor United Methodist Church by Rev. Jonathan Jefferies. Burial will follow in South Granville Memorial Gardens.
Surviving is his father J. B. Tate and his wife, Dianne, of Cartersville, GA; his son, Landon Barry Tate of Rougemont; two brothers, John Danner Tate of Roseville, CA and Stillman Tate of Butner.
Flowers are accepted or memorials may be made to Creedmoor United Methodist Church, 214 Park Avenue, Creedmoor, NC 27522.
The family will receive friends from 1:30 P.M. until 3:00 P.M. prior to the service in the fellowship hall of the church and at other times at the home.
Gentry-Newell & Vaughan Funeral Home in Oxford is assisting the Tate family. For online condolences, go to www.hallwynne.com and select obituaries.

Offer Condolence for the family of Jim Tate 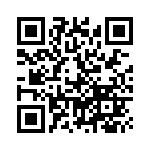