A celebration of life will be held this Sunday, July 30th in the chapel of Hall-Wynne Funeral Home in Durham, NC from 2:00–3:30 pm. The family will receive friends immediately following the service at Tyler’s Restaurant and Taproom, located at 324 Blackwell St, Durham.

A mass of Christian burial will be held August 7th at Columbkille’s Cathedral in Pembroke, Ontario Canada.  Wake from 1:30-2:30 pm, funeral mass to follow.

Growing up alongside Algonquin Provincial Park, Jerry spent his summers working in the ‘bush’ and on the family’s farm, much as his father had. Upon completing High  School he attended and graduated from Carleton University in Ottawa, Ontario. Jerry married his Ottawa Valley sweetheart, Mary (Gagnon) Harrington August 22, 1981.  He welcomed his son, Shaughn and daughter, Elizabeth (“Ted”), into the world as a fiercely loving father. His passions beyond family extended to breeding award winning Golden Retrievers, prized not only as show dogs but as working dogs for the blind.  A fervent long-distance cyclist and marathon runner, Jerry excelled at athletics throughout life including playing football at the collegiate level. Truly important to Jerry was further education, to the extent that he enjoyed his position as an adjunct professor at local Universities, as well as earning his Master of Health Administration with a focus in finance. Ardently loyal, loving and devoted as a husband, father, Papa and friend, Jerry bettered all around him and suffered no fools.

If you wish, in honor of Jerry’s life, you may make a memorial contribution to the Crohn’s and Colitis Foundation online at: ​http://online.ccfa.org/site/PageNavigator/Honor_Memorials​ or by mail at: Crohn’s & Colitis Foundation, National Processing Center. Attn: Honor & Memorial Gifts. PO Box 1245 Albert Lea MN 56007-9976

The family would like to extend their deepest gratitude to the staff of UNC Hospitals for their incredible care provided not only to Jerry but the family as a whole. The staff at the Carrboro Dialysis Center and the A Helping Hand Organization were monumental in bettering the life of Jerry and will not be forgotten.

Online condolences may be sent to ​www.hallwynne.com​.  Select ‘Obits’ then ‘Current Services’

“That’s all the news that’s fit to print.”

Offer Condolence for the family of Jerry (Jeremiah) Harrington 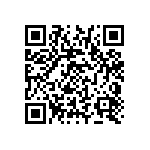