Mrs. Jean Lowe Preston, 85, died at the home of her daughter in Fearrington Village, Pittsboro, NC on January 7, 2010.

Born May 22, 1924 in Troy, NY, she was a daughter of Francis J. and Marguerite Birney Lowe. She was the first female apprentice to graduate from Watervilet Arsenal. Mrs. Preston was a former member of St. Francis de Sales Catholic Church and St. Judes Choirs.

She is survived by her daughters and sons in law, Nancy and Bob Oram of Pittsboro, NC and Patricia and Paul Perry of Ballston Lake, NY; son and daughter in law, Richard W. III and Betsy Preston of Averill Park, NY; brothers, Frank Lowe, Jr., Lawrence Lowe and William Lowe; sisters, Patricia, Peggy, Patsy and Christine; Grandchildren, Robert “Rob” Oram & Rhonda and their children Anthony and Ryleah Leeder, Richard and Dani Tortorella and their children Darwin and Galen; Lisa and Prakash Vasudevan and their daughter Nora; and Kevin Perry.

Mrs. Preston was preceded in death by her husband of 53 years, Richard W. Preston, and also by a sister, Dori Lowe.

Mrs. Preston was cremated, and a memorial service will be held in May at a date to be determined.

Offer Condolence for the family of Jean Lowe Preston 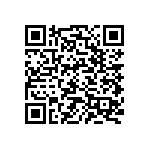