Durham – Mrs. Jean G. Lazenby, died Sunday morning at Hillcrest Convalescent Center at the age of 90, after a long decline in health.

She was the widow of Dr. Glenn A. Lazenby, Jr., who died of cancer in 1985 at age 61 with her at his side as an attentive caregiver throughout.  She is survived by her two sons, Mark and Glenn, who live in Durham and greater Washington, DC, respectively.

Jean’s ashes will be interred at St. Stephen’s Episcopal Church with her husband’s and near many friends and neighbors with whom they both shared the best and happiest years of their lives in Hope Valley.

In Jean’s final days, she told those close to her that she was grateful for the length and quality of her life.  “It was a miracle that it all happened,”she said.

A celebration of her life will be held at a later date.

The Lazenby family moved to Durham in 1962.  Dr. Lazenby soon established the city’s first practice of oral surgery.  Jean took part in social and civic activities in Hope Valley, St. Stephen’s Episcopal Church, and Dunbarton.  She lived in her home on Montrose Drive in Dunbarton for more than 30 years after her husband’s death.

Jean traveled globally for decades with family and friends, read voraciously, enjoyed summers at a family lake house and refinished furniture as a hobby in her earlier years, did immaculate gardening and landscaping later on, and hosted bridge tables.  She held parties in the late summer that spilled onto her colorful porches and lower garden at her house on Montrose, and lasted into the evenings.

In the decades after her husband’s death, Jean had a longtime friend and companion, the late Dr. Ralph Penniall of Chapel Hill.  Ralph, a decorated combat veteran of WWII, was a retired UNC chemistry professor who died in 2008 at the age of 85.

In addition to her sons, Jean is survived by two sisters, Linda and Margaret, and a brother, Larry Godwin, all of North Carolina.  An older brother, Bill Godwin, predeceased her.

Offer Condolence for the family of Jean Godwin Lazenby 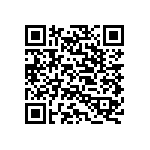