Jean Bryan, 81, died early Tuesday, May 6, 2014 at UNC Hospital in Chapel Hill, NC.
She was born on December 26, 1932 in Orangeburg, SC, daughter of the late Pressley Boyleston and Myrtle Pooser. She met and married Clinton Ellwood Bryan, Jr. They were together 54 ½ years until his death in 2007. Jean spent much of her life helping people by assisting with taxes, cooking, or simply mowing the grass, she was always willing to help someone in need. She was a member of Pittsboro UMC.
In addition to her husband and her parents, Jean was preceded in death by two brothers. She is survived by her son, Clinton Ellwood Bryan, III Jane of Pittsboro; her daughter Kathy Easterling Bill of Pittsboro; and her grandchildren, Chip Bryan, Reid Bryan, Andrew Easterling and Blaire Easterling.
The family will receive friends from 4-7:00PM Thursday, May 8, 2014 in Jean’s home at 200 Ashford Dr., Pittsboro, NC. A graveside service will be held 2:00PM, Friday May 9, 2014 at Pittsboro UMC.
Please make memorial contributions in honor of Jean, to Browns Chapel UMC – PO Box 785, Pittsboro, NC 27312 or Pittsboro UMC – PO Box 716, Pittsboro, NC 27312.

Offer Condolence for the family of Jean Bryan 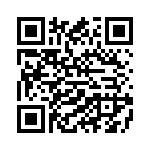