DURHAM – Jean Allison Gunn went peacefully to be with her Lord and Savior after a lengthy illness on June 4, 2017.

She was born on February 21, 1935 and was the eldest child of Col. A F and Gertrude Allison. She lived with her grandparents, Rev. F O and Nettie Mae Martin in Batesville, Mississippi while her parents were stationed internationally with the Army.

Jean was Salutatorian at Batesville High School and in “Who’s Who in America”. She was also voted Miss Congeniality in the Miss Panola County Beauty Contest of Mississippi in 1952. She went on to Business College in Memphis, TN where she met her husband Bill L. Gunn of Charleston, Mississippi through mutual friends. She married Bill in Batesville, MS on Aug. 5, 1956 with her grandfather – Rev. F.O. Martin officiating.  Bill preceded her in death in April, 1999.

Because she had a military father, she lived in Japan, Florida, Kansas and Staten Island, NY; then in her young adulthood she lived in Batesville, MS. After marriage, she moved to Meridian then Charleston, MS.; Athens, GA and finally Durham, NC.

Jean held various positions throughout her career with the EPA; IRA; Dept. of Health Education and Welfare in Durham; Clark County services in Athens, GA; and Tallahatchie County Services in Charleston, MS.

Jean was active in her Durham community. From the mid 70’s to the late 90’s she was a member of the business and professional Women’s Club, serving as president. She was a longtime member of Homestead Heights Baptist Church, were she was a member of the choir and taught Children’s Sunday School and Children’s Choir. For 12 plus years she played the piano, directed music, and gave devotions at Eno Pointe Nursing Home. She will be remembered most for her spirit of grace, warmth and hospitable personality as well as her wit and crazy jokes.

The Gunn family is under the care of Hall-Wynne Funeral Service. Online condolences: www.hallwynne.com ; Select obituaries

Offer Condolence for the family of Jean Allison Gunn 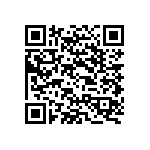