Jason was an automobile paint finisher for several years before entering the Army in 2003 where he served his country honorably for four years. He received the Combat Action Badge for serving under direct hostile fire during combat operation in Iraq while serving with the 172d Stryker Brigade Combat Team. Sergeant Maynor was honorably discharged in May, 2007. Jason was proud to have served his country while in the U. S. Army. Following his military service, he was active in the American Legion, Post 6, and was a member of the VFW Post 9100; both of Chapel Hill.

Jason loved nature and was an avid fisherman. He once wrote that we needed to respect nature because we were a part of it; to live life to the fullest, love it, and be thankful you have one to live.

Visitation will be Saturday, April 9, 2011, from 6:00 to 8:00 p.m. at the Hall-Wynne Funeral Home in Pittsboro, NC. The Funeral will be held Sunday, April 10, 3:00 p.m., at Mt. Gilead Baptist Church, Pittsboro, followed by interment in the Mt. Gilead Cemetery with a full military service. Pastor Dan Robinson and Rev. Wesley Thomas will conduct the service. Friends may fellowship with the family in the church fellowship hall following the service.

Arrangements are under the care of Hall-Wynne Funeral Service and Cremation, Pittsboro, NC

Offer Condolence for the family of Jason Keith Maynor 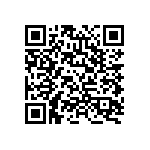