James William “Bill” Garrett, age 86, died Wednesday, June 3, 2009 at Wake Med Hospital. Bill was born in Vance County to the late Nolan and Mabel Morton Garrett on March 3, 1923. He proudly served his country during WWII in the U.S. Air Force. Bill was a member of Perry’s Chapel Baptist Church and the American Legion Post 52.

Arrangements for the Garrett family are under the care of Hall-Wynne Funeral Service, Franklinton Chapel.

Offer Condolence for the family of James William Bill Garrett 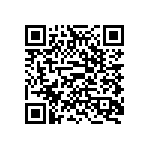