James Robert White, 55, of Martha’s Chapel Road, Apex, died May 24, 2008 at his home following a struggle with cancer.

Mr. White was born in Chatham County on May 24, 1953, the son of James Wilson White and Elizabeth Dell Cooper White. He was a long time sales representative for Sloan Auto Parts. Mr. White was preceded in death by his father, and also by his wife, Gail Wrenn White.

Surviving are his daughter, Abby White, of Bynum; his mother, Elizabeth Russell of Lemon Springs; his companion, Irmagard Maier of the home, and her children Ben Kurz and Veronica Maier both of Chapel Hill; two granddaughters; a brother, Frankie Cooper of GA; and three sisters, Carolyn Martin, Libby Johnson, and Mary Jane Smith, all of GA.

The service celebrating Mr. White’s life will be conducted at 7:00 pm Tuesday, May 27, 2008 at Griffin Funeral Service in Pittsboro with Rev. Chuck Winner presiding. Friends may visit with the family following the service.

Online condolences to: www.griffinfuneral.com, Select Obituaries.
Arrangements are under the care of Griffin Funeral Service and Cremation of Pittsboro.

Offer Condolence for the family of James Robert White 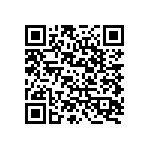