James Ray “Jim” Bres, Jr. died at home in Durham, NC at the age of 92 on Thursday, March 19th, 2020.  The only child of James Ray Bres, Sr. and Lena Woods Bres of Vicksburg, MS, Jim leaves behind a vast legacy of family, faith and love. His beloved wife of 72 years – Nancy “JoAn” Read Bres, originally of Picayune, MS, their children, and large extended family mourn his death but are grateful for the long, full life he shared with them all.  Jim was blessed with eight children – four girls and four boys – who are all comforted by his memory:  Meri Bres Kolb (Jaime) of Baton Rouge, LA, Judy Bres Wildfire (Tim) of Durham, NC, Mike Bres (Lucy) of Hoover, AL, Nancy Bres Martin (Chris) of Durham, NC, John Bres (Sherry) of Trussville, AL, Jane Bres Brinkley (James) of Durham, NC, Bill Bres (Virginia) of Mobile, AL and his namesake James Ray, III (Christina) of Birmingham, AL. This father of eight was also “Paw Paw” to 16 grandchildren and 21 great-grandchildren – with two more on the way.

Sports were always an important part of Jim’s life. He was the star player in several sports at St. Aloysius High School in Vicksburg, MS, excelling in football even while playing in the band during halftime.  He was awarded a football scholarship to Hinds Junior College where he met and married the coach’s daughter (JoAn Read) and was inducted into the Hall of Fame in 1987.  As a newlywed, he continued his football career at Louisiana Polytechnic Institute (now known as Louisiana Tech) in Ruston, LA.  He has maintained a spot in that school’s football record book for over 70 years. After having children, he renewed his love of these sports through coaching.  He is remembered fondly by many of his players from little league baseball at Avondale Park and Pee Wee Football at Crestwood Field in Birmingham, AL.

Upon graduation from college, Jim began a career with Southern Bell Telephone as an electrical engineer.  With his growing family in tow, his career took him through five states.  He eventually settled in Birmingham, AL, but he always had a special place in his heart for Louisiana and purple and gold remained the colors of choice in his household.  Jim retired from South Central Bell in 1985 after 35 years of service, and continued as a consultant for Bell Labs for some time after.

Jim enjoyed carpentry – building furniture, as well as dollhouses and rocking horses for his grandchildren.  He was a master with the charcoal grill. One of his specialties was a barbecued ham that went well with his favorite food – potato salad. He loved cookies and ice cream and ice-cold beer and never hesitated to make a run to the neighborhood grocery for these staples, stubbornly insisting upon driving himself up until the end.

Jim traveled a good bit during his career and after retirement, at one time keeping a collection of match books from every place he visited. Major trips to Australia and New Zealand made for lifelong memories and a surprise 50th Anniversary trip to Las Vegas and Hawaii kept the travel bug alive. Jim and Joan took several trips with children and grandchildren to World Fairs, Olympics and Disneyworld and loved to have all the family get together for reunions and holiday gatherings – especially once he was able to turn his hearing aid off to dull the noise!

Jim devoted himself to caring for his elderly parents in their twilight years and eventually he and JoAn moved to Durham, North Carolina in 2002 to be closer to three of their four girls who ultimately helped care for him.

Jim was lucky to have the love of his life beside him for 72 years, and even as his health was declining, he was happy holding her hand and kissing her goodnight.  His strong work ethic, love for his family, Catholic faith and resilience served him well in this life and undoubtedly will bring him peace and comfort in the next. Due to limitations being faced during the COVID-19 Pandemic, a funeral mass and celebration of Jim’s life will be delayed until his many family members can come together at a later date.  In lieu of flowers, donations may be made in his honor to:  Alzheimer’s Association of Central Alabama, the current incarnation of the Birmingham Chapter that Jim and Joan were instrumental in founding back when they were caring for their parents afflicted with the disease; or Eastern North Carolina Alzheimer’s Association, an organization his family is involved with currently. More information is available online at https://alzca.org and https://www.alz.org/nc.

Offer Condolence for the family of James Ray Bres Jr. 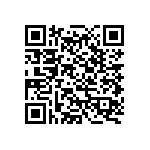