Jim grew up in Queens, New York, and attended Fordham University in Manhattan, where he made lifelong friends lovingly referred to as the “Fordham Group.”  He graduated from Fordham in 1954 with a B.S. in marketing and was drafted to the Army several months later.  Jim was a Korean War veteran.  Jim worked for General Motors from 1957 to 1970 and Pepsi Co. from 1971 to 1995.  He raised his family in Rockland County and moved after retirement to Carolina Meadows, Chapel Hill, NC.

He was active in St. Joseph Catholic Church in Spring Valley, New York for 47 years, where he assisted with accounting and served as a Eucharistic Minister at church and at local nursing homes.  He loved nature, coached youth sports, and enjoyed listening to big band and Celtic music.

Jim was devoted to his family and was a beloved husband, father, and grandfather.  He is survived by his wife of 61 years, Aileen Patricia (Pat); his four children, Mona Kuczenski and husband Ron, Mary Savino and husband Michael, Maureen Bonanno and husband John, and William McGuire and wife Monica; his nine grandchildren; and numerous nieces and nephews.  He was preceded in death by his parents Roger and Mary McGuire, and his sister Margaret McEachen.

Offer Condolence for the family of James John McGuire 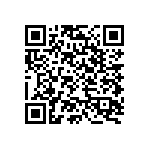