DURHAM – James “Jim” Johnston, 69, died Sunday, February 5, 2017 at Duke Medical Center. He was born in Davenport, Iowa on September 6, 1947 to the late Walter and Margaret B. Johnston. In addition to his parents, he is predeceased by his brother, Walter D Johnston.

Although born in Iowa, Jim grew up in Westchester county, N.Y. and graduated in 1965 from Fox Lane High school in Bedford, N.Y. After high school, he attended the University of Delaware and graduated in 1969.  After a brief stint as a high school math teacher in New Paltz, N.Y., Jim married his high school sweetheart, relocated to Durham and never looked back.  Once in Durham he chose to go on to law school and graduated from North Carolina Central University in 1975.  he opened his first law office in downtown Durham and had many fond memories of his first office in the old CCB building.

Always athletic, he enjoyed many sports including tennis, skiing and racquet ball in his younger days but in later years his greatest pleasure was playing golf. Any chance he could he was either on a local course or making numerous trips to Myrtle Beach with his friends to perfect his game. Perhaps his most memorable trip was to Pebble Beach to play the famous courses there.  Jim also enjoyed meeting new people to whom he was known as “J.J.” and he spent many a leisurely afternoon exchanging ideas and stories with them.

Jim is survived by his wife of 44 years, Margaret G. Johnston. He is also survived by his nephews, Anthony Johnston of Mt. Kisco N.Y. and Jordan Dropkin (Ashley) of Raleigh and by his niece, Evan Dropkin (Hugh) of Durham and his grandnephew Hugh Duck III.

A Mass of Christian Burial will be held 10:00AM Friday, February 10, 2017 at Immaculate Conception Catholic Church with Fr. William McConville officiating. A reception will follow the Mass. Burial will be private in Maplewood Cemetery.

The Johnston family is under the care of Hall-Wynne Funeral Service. Online condolences: www.hallwynne.com, select obituaries.

Offer Condolence for the family of James “Jim” Johnston 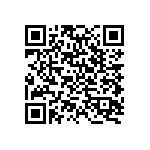