James “Jimmy” Hudson Cotten, age 72, of Pittsboro passed away Sunday, April 11, 2010. He retired from Bellsouth as a Telephone Technician after 34 years of faithful service. Jimmy is preceded in death by his parents, Hudson S. and Dallie Cotten; brothers, Hoyle Cotten, and E. Elmo Cotten.

Online condolences can be expressed at www.hallwynne.com under the obituaries section.

Arrangements are under the care of Hall-Wynne Funeral Service, Pittsboro.

Offer Condolence for the family of James Hudson Cotten 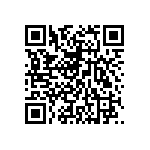