James E. Wynne, 88, died Sunday in Durham Regional Hospital following a brief illness. A Durham native, he was born October 2, 1922 to Andrew L. and Ollie Lowe Wynne. He attended Lowe’s Grove Schools, after which he proudly served his country in the U.S. Army during WW II. James was among those who landed at Normandy Beach on the second day of D-Day. For his valiant service he received the Victory Medal and five Bronze Service Stars. Mr. Wynne worked his entire career at American Tobacco Co., retiring in 1984. He was a lifelong member of Lowe’s Grove Baptist Church. Among his greatest interests were time at the beach and the UNC Tarheels. James was steadfastly devoted to his grandchildren and great grandchildren.
Surviving are his wife of 62 years, Inez Ipock Wynne; his son, Jimmy Wynne of Durham; his stepson, Lenwood Dennis and his wife, Carolyn, of Greensboro; grandchildren, Traci Dennis Oliver, Danielle Dennis Grady and Chanda Wynne; great grandchildren, Britt, Ellis and Evan Oliver, and Nicole and Mason Grady; and two sisters, Bobbi Adams and Frances Pickett.
The funeral will be 11:00 AM Wednesday from Lowe’s Grove Baptist Church, with the Rev. Forest Gale officiating. Burial with military honors will follow in the church cemetery. Friends may visit 5-7 PM Tuesday at Hall-Wynne Funeral Service. Donations in James’ memory may be made to Lowe’s Grove Baptist Church, 4430 S. Alston Ave. Durham 27713 or to American Legion Post 416, 5419 S. Alston Ave. Durham 27713.

Offer Condolence for the family of James Edward Wynne 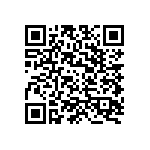