The funeral service for Mr. Carter will be held 5:30 p.m. Saturday, April 3, 2010 at Hanks Chapel Church in Pittsboro. Interment will follow in the church cemetery. Friends may visit with the family in the fellowship hall after the service.

Online condolences may be made to www.hallwynne.com Select “Obituaries”.

Arrangements for Mr. Carter are under the care of Hall-Wynne Funeral Service, Griffin Chapel, in Pittsboro.

Offer Condolence for the family of James Charles Carter 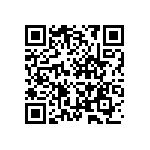