Jacqueline was born in Java, Indonesia of Dutch parents on October 8, 1922. She was a small fragile child who was often sick, causing her to be behind in her schooling. Her family returned to Holland in the early 1930s and survived the Nazi occupation of 1940-1945.  The suffering and deprivation of war-torn Europe, particularly in the small villages of The Netherlands, was a defining influence in her life. She wrote many poems and stories about what she saw and did during that time.

When American soldiers liberated Holland, she vowed to “pay back” the thousands of soldiers who gave their lives to save the world from Hitler and free people they did not know. When schools reopened, she went to University and, in an accelerated program, became a doctor in three years.  In 1951, she came to the US for medical residencies in Kentucky and Boston. In 1954, she came to Duke University School of Medicine as a Fellow in Gastroenterology. It was there that she met Jerome S Harris, her future husband.

In 1957, she fulfilled her promise to herself, joining the US Army Medical Corps, and becoming Chief of Gastroenterology at Fitzsimons Army Hospital in Denver, Colorado. Jerry and Jacqueline were married in Denver in 1958. He talked her into returning to Duke. They started a wonderful life together but she never forgot her promise to “pay back” and she joined the US Army Reserves, rising to the rank of Colonel. Together they visited Native American Reservation Hospitals and small Army bases across the country. She earned both the Army Commendation Medal and the Meritorious Service Medal for her work. Again, she captured these memories in her written poetry and stories.

Jacqueline and Jerry were both brilliant and fun. They went on many missions, particularly to Native American lands. They raised champion Siberian Huskies and built a home without thresholds because they had aging parents who might come to live with them. They hiked the woods and creeks around their home. She took great pride that she turned that “city boy” into a true nature lover.  Jerry died in 2005 and Jacqueline missed him every single day of her life. As she lay dying at the Hock Hospice Pavilion in the last days of her life, the greatest comfort she had was that she would be reunited with him.

Jacqueline died on February 21st. She left an indelible mark on all she met, including the staff at Hock, who honored her with a Veteran’s Ceremony. She thanked every care-giver and assured all that we were all children of the same God.

No flowers please. Go feed a family in need, plant a tree, visit a veteran, rescue a dog, and hug a neighbor.

Offer Condolence for the family of Jacqueline Cato Hijmans Harris 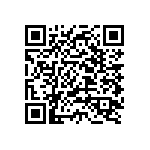