Mrs. Irma Paschall Crenshaw passed away peacefully May 4, 2006 at Windsor Point in Fuquay Varina, NC. She was born March 6, 1912 to the late James E. Paschall and Agnes B. Paschall.

She grew up in Warren County, graduated from High Point College and taught school for several years. She married Roy N. Crenshaw in 1937 and moved to Durham in 1945. Mr. Crenshaw passed away in 1992.

Mrs. Crenshaw was a member of the First Presbyterian Church. She loved to play bridge and earned the rank of Silver Life Master from The American Contract Bridge League in October 2004. She also loved Duke Sports, particularly basketball.

Burial beside her husband will be in a private service.

Memorials may be made to Hospice of Wake County, 1300 St. Mary

Offer Condolence for the family of Irma Paschall Crenshaw 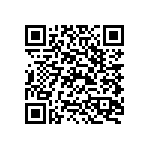