Hubert Oakley, 81, passed away at his home in northern Chatham County on Wednesday, February 29, 2012. A lifelong resident of Chatham County, he was born August 5, 1930 to Hubert, Sr. and Willie Jones Oakley, the eighth of eleven children. Hubert is survived by his wife of 57 years, Marjorie Lunsford Oakley and their children Pam, Gary, and Mike Oakley. He has two grandchildren, Reade and Olivia Oakley.

Hubert grew up in the Mt. Carmel Baptist Church community and attended the local Bell’s School. Aside from his chores on the farm, one of Hubert’s favorite pastimes was playing baseball, often playing on teams largely composed of the Oakley brothers. A verteran, Hubert served in the Army from 1949 – 1952. Shortly after his discharge, Hubert began work in the physical plant for UNC and Memorial Hospital in Chapel Hill, eventually specializing in HVAC, a position he held for 30 years before retiring as a state employee, then doing similar work for N.I.E.H.S. for 10 years and retiring as a federal worker, too.

Throughout his working career, Hubert supplemented the family income by assisting his wife Marjorie, her mother Ida, and the three Oakley children in farming, first tobacco, then a large garden. The Oakley family has been a participant in the Carrboro Farmers Market since its inception.

Hubert was a member of Lystra Baptist Church, American Legion Post 6 in Chapel Hill, and Columbus Masonic Lodge 102 in Pittsboro and he was an active participant in each before his health declined. He was also a founding member of the North Chatham Volunteer Fire Department. However, his most passionate interest was for the Chatham County Democratic Party. Hubert was East Mann’s Chapel Precinct chair numerous times, and frequently represented Chatham County on the State Executive Committee and in attendance at state conventions. Hubert never aspired to elected office, but was widely known for his willingness to work tirelessly for Democratic candidates at the grassroots level. His pickup truck, usually adorned with a collage of campaign posters during an election year, was a fixture at local Democratic Party events.

Funeral services will be held Sunday, March 4, 2012 at Lystra Baptist Church – 686 Lystra Road – Chapel Hill, NC. Visitation will begin at 1:30 pm, followed by the service at 3 pm, presided over by Reverands Virginia Taylor and Tim Williford. Hubert’s life will be celebrated with a meal in the church fellowship hall following the service.

Offer Condolence for the family of Hubert Oakley 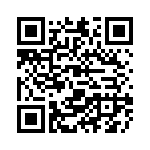