Homer Barnes, 92, of Pittsboro formerly of Winston-Salem, died Saturday, August 11, 2012. He was born in 1920, the son of M.G. and Margaret Barnes in Boone, NC. He graduated from the Lutheran Home for Children’s High School in Konnarock, VA. He was a veteran of World War II, and served as Radio and Radar Operator on anti-submarine patrol with 600 hours of operation in the air, and received combat and tactical pilot training with 289 hours of pilot time. He was honorably discharged with the rank of Second Lieutenant, Squadron H 2510th Army Air Force Base Unit, with a Purple Heart, Air Medal, Good Conduct Medal, American Defense Medal, World War II Victory Medal, and American Theater Medal.

He was a civilian Commercial Pilot and Certified Flight Instructor, employed by Cannon Airport in Charlotte, NC in 1946 and Hawthorne Flying Service at Greensboro-High Point Airport in 1947. He graduated with a B.S. in Electrical Engineering from NC State College in 1952, worked for DuPont in Delaware, and retired from his career as a Professional Electrical Engineer from Western-Electric in Winston-Salem in 1983.

He owned and flew a 1946 Aeronca 11AC Chief from 1986 to 2006 and was a member of the United Flying Octogenarians. For 47 years, he and his wife were active members of Highland Presbyterian Church in Winston-Salem. He was a member of the Telephone Pioneers.

He was predeceased by his wife, Sarah Barnes, to whom he was married for nearly 59 years. He is survived by two sons, David Barnes Diane of Louisville, GA; Thomas Barnes Eve of Pittsboro; one daughter, Marcia Barnes Sargent Les of Oklahoma; three grandsons, Matthew Barnes of Pfafftown; Neil and Scott Barnes of Pittsboro; two brothers, Howard Barnes Marline of Granite Falls; Harold Barnes of Ormond Beach, FL; and a number of nephews, nieces, great-nieces and great-nephews.

Funeral services will be held at 2:00 p.m. on Wednesday, August 15, 2012 at Cypress Presbyterian Church in Lobelia. Burial will be in the church cemetery.

The Barnes family extends its deep appreciation to the caregivers who worked so closely and professionally with Homer, and to Libby Hart of UNC-Hospice. Memorials may be made to the Lewy Body Dementia Association, 912 Killian Hill Road S.W., Lilburn, GA 30047; or flowers are appreciated. Hall-Wynne Funeral Service in Pittsboro is in charge of the arrangements.

Offer Condolence for the family of Homer Marion Barnes 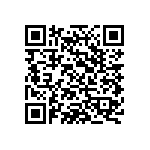