Helen Pashales Vurnakes, age 92, died peacefully on August 5, 2019 surrounded by her family. She was born April 3, 1927 in Clifton Forge, VA to the late James and Maria Pashales.

Helen graduated from Clifton Forge High School and Kennedy Business School. She moved with her family to Durham in 1944, where her parents established the ABC Lunch, and later owned and operated the University Grill near the Duke campus – a favorite of countless students over the years. Helen continued operating the restaurant until 1962 when she became a travel agent. A taste for travel took her and family members on various delightful adventures around the world.

Known for her exuberant personality, distinctive style and radiant warmth, people were Helen’s greatest interest. She had the gift of hospitality, becoming a treasured fixture wherever she worked, greeting scores of patrons with an enormous smile and lavish attention. Helen was the epitome of a devoted mother, and nothing gave her more pleasure than spending time with loved ones, especially in recent years at her family’s restaurant, Jimmy’s Famous Hotdogs.

Helen was an active member of the Greek Orthodox Church of St. Barbara, where she sang in the choir and assisted with the first women’s organization.

The funeral service will be 11:00 AM Monday, August 12 at St. Barbara Greek Orthodox Church, Durham, with burial following in Woodlawn Memorial Park. Friends may visit 6-8 PM Sunday, August 11 at Hall-Wynne Funeral Service, with the Trisagion service at 7:00 PM.

The Vurnakes family extends its heartfelt gratitude to Duke Hospice (Hock Family Pavilion) for the sincere love and attention shown to Helen in her final days. Durham is fortunate to have a facility full of such caring individuals. God bless them all; we love you!

Donations in Helen’s memory may be made to St. Barbara Greek Orthodox Church, 8306 NC-751, Durham, NC 27713, where Helen and Pete were beloved charter members. 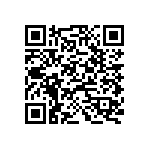