Gisela von zur Muehlen Ives, 85, died peacefully at home in Durham, North Carolina on Tuesday, December 20, 2016 after an extended illness. She was preceded in death by her parents; sister, Ilse von zur Muehlen; and brother, Herbert von zur Mühlen, who was killed in World War II. Gisela was born on her father’s estate in Latvia on June 17, 1931 to parents Ellen von zur Muehlen and Max von zur Mühlen. She met her beloved husband George Allen Ives, Jr., an officer in the United States Navy, in London, England. Later they lived in Washington DC and Asunción, Paraguay when George was assigned to the American Embassy. They eventually moved to New Bern, North Carolina where George joined a family business. They built a beautiful home on the Trent River, raised their four children and had many happy times there as well as at Atlantic Beach, NC. Gisela was involved with a number of volunteer organizations in New Bern. They moved to Durham, NC in 1990 when George joined the staff of the North Carolina Symphony. Together they published a book based on her mother’s memoirs titled In God’s Hands: A Noblewoman’s Struggle for Survival in War and Revolution.
Gisela is survived by her husband of 60 years, George Allen Ives, Jr; daughter Caroline Howard Pearce and husband Pete; Tanya Ives Jorgensen and husband Rick; Dorothy Gregory Ives; and son George Allen Ives, III and wife Lynn. She is also survived by four grandchildren who lovingly called her “Gigi”: Joseph Henry Howard III, Mary Ellen Jorgensen, George Allen Ives IV and Jane Gregory Ives.
A celebration of Gisela’s life will be held at Christ Church in New Bern, NC on Wednesday, December 28th at 2pm. Family and friends are invited to visit with the family in the Parish Hall following the service.
In lieu of flowers, the family requests donations be made to Christ Church Memorial Fund, 320 Pollock Street, New Bern, NC 28560; Duke Homecare and Hospice, 4321 Medical Park Drive, Durham, NC 27704 or a charity of choice. 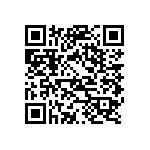