Gianfranco Ruffini died peacefully at home in Durham, NC on June 26, 2019, surrounded by his family.

Born on August 29, 1938 in Ancona, Italy to Remo and Ines Ruffini, Gianfranco grew up in World War II Italy, spending the majority of his early life in Como, Italy, where would start a family and have two sons, Remo and Fabrizio. Gianfranco was a renowned fashion designer, creating the colorful Nik Nik shirts in the 1970s and eventually starting a menswear collection under his own name.

Gianfranco’s work would often bring him to the United States. There, he met Phyllis Walsh, and the two would later marry. They had a son, Patrick, and lived in France, Italy, and the U.S.

Gianfranco was active in retirement, traveling the world. He especially loved traveling to India, where he co-founded School for Children, an educational charity in Khammam, India. He and Phyllis would divide time between Durham, NC and their beloved home in Arcevia, in the Marche region of Italy. He was intensely curious about countless subjects, reading more than one hundred books a year in Italian, French, and English.

In addition to his wife, Phyllis, he is survived by his son Remo Ruffini of Como, Italy, Remo’s wife Francesca and their sons Pietro and Romeo; his son Fabrizio Ruffini of Como, Italy, Fabrizio’s wife Simona and their sons Renzo and Carlo; his son Patrick Ruffini, of Falls Church, VA, Patrick’s wife Lindsay, and their daughters Abigail, Ella, and Madeleine; and his sister Rosanna and her husband Sandro Laffi, of Genoa, Italy.

Friends may call 3-4:00 Pm Monday, July 1 at Immaculate Conception Catholic Church, with a funeral Mass following at 4:00 PM. Gianfranco will be buried in Italy in the coming weeks.

Contributions may be made in Gianfranco’s name to the Medical Foundation of North Carolina, 123 W. Franklin Street, Chapel Hill, NC 27516, for the UNC Urology Strategic Initiatives Fund, or to the Children’s National Medical Center in Washington, D.C.

Offer Condolence for the family of Gianfranco Ruffini 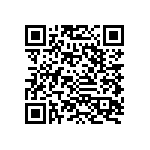