Mrs. Geraldine Deardorff Shuskey, 89, of Pittsboro died November 8, 2011 at UNC Hospitals from injuries sustained in a motor vehicle crash that also took the life of her sister, Hilda D. Baker.

Mrs. Shuskey was born in Waynesboro, PA on November 8, 1922, the daughter of Garnet W. Deardorff and Rella W. Benedict.

Mrs. Shuskey was employed from 1940-1960 with the National Geographic Society. Following her relocation to NC she worked for BCBSNC, retiring as a supervisor. She was a member of Browns Chapel United Methodist Church where she was in the Edwin Perry Sunday School Class. Mrs. Shuskey’s giving and fun loving nature was evident in her extensive work with the United Methodist Women on both regional and district levels; her involvement with the youth at Browns Chapel UMC, her many volunteer hours at UNC Hospitals, the Second Bloom shop and Habitat for Humanity; and in her love of card playing, puzzle building and laughter. She and her sister Hilda were the best of friends and the best of competitors!

She is survived by her son, Jerrold Paul Shuskey of Wauban, MN. In addition to being a much loved wife, mother, sister and friend, Mrs. Geraldine was a beloved “Gran” and “Ge-Ge” to four special and fortunate young women: Courtney and Leigh Kalbacker and Catherine and Elizabeth Barthoff. She will live forever in their hearts, as well as in the hearts of all who knew her.

The service to celebrate Mrs. Shuskey’s life will be held at 11 o’clock Saturday morning, November 12, 2011 at Browns Chapel United Methodist Church with Pastor Ray Gooch presiding. Interment will follow in the church cemetery. Friends may visit with the family on Friday night from 6 – 8 pm at Hall-Wynne Funeral Home in Pittsboro.

Memorials may be directed to either the Browns Chapel UMC Building Fund or to the American Heart Association.

Arrangements for Mrs. Shuskey are under the care of Hall-Wynne Funeral Service & Cremation, Pittsboro, NC.

Offer Condolence for the family of Geraldine Deardorff Shuskey 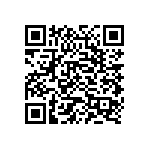