Paul Holmes passed away on July 11th at his home in Durham, NC, at the age of 84. He was well known in this area as a pianist and the owner of Emerald Gardens Florist. He was born May 31, 1934 in Knoxville, TN to Georgia Lee and William Bruce Holmes, Jr. Five years of his early life were spent in Charlotte, NC where he started school and piano lessons. An early school excursion took him to a performance of the North Carolina Symphony and this experience was a dynamic influence on him choosing music as his career. The family returned to Knoxville in 1943 where he attended grammar school and later Central High School where he graduated in 1951. That same year he won first prize in the Memphis Mid-South Piano Scholarship which led to his studies that summer in Chicago with famed conductor and pianist Rudolph Ganz. He made his orchestral debut with The Knoxville Symphony Orchestra playing the Chopin e minor Concerto in 1953. He then attended the Julliard School of Music in New York City until 1957. While at Julliard, he studied piano with Lonny Epstein and Carl Friedberg. He was active in school public performances that also included radio appearances. In 1956, he was chosen to represent the school in a broadcast over station RIAS (Radio in the American Sector) in Berlin during the year-long celebration of the birth of Mozart, and in that same year, he won the G. Schirmer Prize. He continued to live in NYC for another seven years, teaching and coaching privately. Having semi-retired from performing for a decade or more, Paul returned to playing private affairs, but he took up residency at the newly opened Hotel Europa in Chapel Hill, where he became a mainstay until he was asked to come over to the Washington Duke Inn. It was here where for 28 years Paul added sophistication to the dinner hour for a generation. He was soon the number one call to the North Carolina Museum of Art where he performed at galas and openings and more intimate museum events among the Rodin and Monet. His music, sense of harmony and technique were codified in his book, Musicon Symbols. Pianist Murray Perahia recognized his unique talent in improvisational harmony when visiting the hotel. As a result Paul was asked to give a guest lecture at The Guild Hall in London at Mr. Perahia’s behest. In 1991, Paul recorded his popular Mostly Memories at the legendary Sorcerer Sound Studios in NYC. This was followed by this second release, Timeless.  Both are tributes to the Great American Songbook that Paul interpreted with the skill of a master.

A memorial/celebration of life will be held on Saturday August 18th from 3:00-4:30 in the Fairview Dining Room at the Washington Duke Inn. The Washington Duke Inn will except flowers but will not accept standing sprays. In lieu of flowers, donations may be made in his honor to Kidznotes in Durham, NC. A special thank you to the staff at the Washington Duke in and Hall-Wynn Funeral Services for their help planning the memorial and caring for Paul. Please leave condolences at www.hallwynne.com. See obituaries.

Offer Condolence for the family of George Paul Holmes 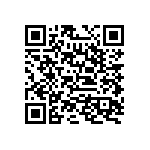