Frank Stanley Haskell, Senior, passed away Sunday, April 17, 2016, surrounded by family at his home in Durham, NC. He was born June 27, 1928 in Chattanooga, TN to the late Dr. Evan Charles Haskell and Lady Frances Potts Haskell. Frank served honorably in the US Navy during World War II and the Korean War. Following his service, Frank began a career in sales, mostly in construction materials in the Southeast.

Frank was preceded in death by two of his sons, Roger Del Parks (Jackie) and Charles Kevin Haskell (Elaine).

Sports were a passion of Frank from a very early age. He played baseball, softball, basketball, football and tennis during his childhood. He was drafted by the Cardinals and had a short career in minor league baseball and also played for the US Navy baseball team, the Gators, Amphibious Force, US Atlantic Fleet, in 1952. Frank began playing golf in his late teens and went on to excel in the sport. He always had a low handicap and was even a scratch golfer for several years.

The family will receive friends from 5 to 6 PM on Thursday, April 21, 2016 in the chapel at Hall-Wynne Funeral Home in Durham, followed by a ceremony to honor his life. There will also be a graveside service at Chattanooga Memorial Park, Pond Pavillion, 501 Memorial Dr., Chattanooga, TN on Sunday, April 24, 2016 at 2 PM.

In lieu of flowers, friends may make a contribution to Duke Hospice or to their local Hospice organization.

Offer Condolence for the family of Frank Stanley Haskell 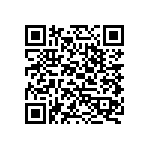