Mr. Francis K. "Frank" Wismer, 93, died peacefully at the home of his daughter Betty Phillips in Pittsboro, NC on September 26.

Born in Norristown, PA, Frank received a degree in structural engineering in 1936 from Penn State University, where he played on the varsity football team for three years, and received academic honors in The Tau Beta Pi honorary fraternity. After graduation he joined the Bethlehem Steel Company, where he worked for forty-two years, advancing to the rank of Division Superintendent for Labor and Construction. His division built and maintained the now historic blast furnaces. In 1939, he married Frances McCormick of Laurel, MS. The family resided in Bethlehem, PA, until 1983 when they moved to Delton, FL. His beloved wife died in 2001, and Frank moved to Pittsboro in February of this year.

Frank is survived by two daughters, Betty and her husband Robert Phillips, and Barbara and her husband John McManus of Rye, NY; three grandchildren, Prentice Clark of West Harrison, NY, and Jason and Joshua Pells of Austin, TX; and a niece, Nadine Reiff of Norristown, PA. He will be buried beside his loving wife in Bethlehem. Memorial donations may be sent to St Julia Catholic Church, 210 Harold Hart Road, Siler City, NC 27344.

Offer Condolence for the family of Francis K. Wismer 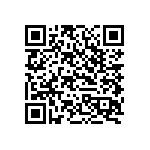