OXFORD:
Frances Jones Hicks, a resident of Oxford died Thursday April 24, 2014. She was the daughter of the late Lewis Garland Jones, Sr. and Bessie Phillips. Frances was the widow of the late Henry Rives Hicks, Sr. She was a member of West Oxford Baptist Church and a former member of Bethel United Methodist Church. She was a home maker and worked as a secretary and bookkeeper for many years until rheumatoid arthritis limited her activities. Cooking, shopping, and gardening were some of Frances’ favorite loves. But her greatest enjoyment in life was the love she had for her grandchildren and great grandchildren.

Funeral services will be conducted Saturday April 26, 2014, at 3:00 PM in the West Oxford Baptist Church by Rev. Wes Garner. Burial will be in Elmwood Cemetery in Oxford.

Flowers are accepted or memorials may be made to West Oxford Baptist Church, 101 Pine Tree Rd., Oxford, NC 27565 or to the Rheumatoid Arthritis Foundation, 4530 Park Rd., Charlotte, NC 28209.

Visitation will be held from 1:00 to 3:00 pm prior to the service in the church fellowship hall.
The services are under the care of Gentry-Newell & Vaughan Funeral Home. Online memorials at www.gnvfh.com select obituaries.

Offer Condolence for the family of Frances Jones Hicks 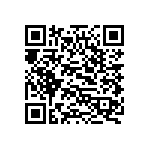