Reverend Joseph G. Vetter, 71 years old, died on Monday, May 7, 2018 at his temporary residence in Durham, North Carolina.  He was born in Greensboro, North Carolina on February 1, 1947 to the late Regina Dolores (Murray) Vetter and Raymond Edward Vetter.  Father Vetter was preceded in death by his sister, Anne Marie Vetter and his dear friend, Mary Dowling and is survived by his sister, Marie Vetter of Durham; his brother, David R Vetter of Graham; and his sister, Rita V. Scearce (Jerry) of Greensboro.  He is also survived by several nieces and nephews, a great niece and great nephew, and another great niece or nephew on the way: Catherine Felder Gildae (Elizabeth), Hannah, Matthew, and Clare Gildae; Tess Felder; Stephen Felder (Cara), Regina Felder; Brian Scearce (Susannah); Andrew Scearce (Susan), Olivia Scearce; Sarah Vetter, Audrey Vetter, Emily Jones (Brandon), Beckett Jones; and Lauren Taylor (Thomas).  He is also survived by many friends, including his close friend, Dottie Carter.

After discerning a vocation to the Priesthood, Father Vetter entered into studies and priestly formation for the Diocese of Raleigh at the Pontifical College Josephinum in Columbus, Ohio.  Father Vetter was ordained to the Priesthood on March 26, 1973 at Annunciation Catholic Church in Havelock, North Carolina by the Most Reverend Vincent S. Waters, the third Bishop of Raleigh.

In the Diocese of Raleigh, Father Vetter served as Parochial Vicar at Saint Michael the Archangel in Cary and Saint Julia Parish in Siler City; Parochial Vicar at Immaculate Conception Parish in Durham; Editor of The North Carolina Catholic Newspaper; Director of Communications for the Diocese of Raleigh; Parochial Vicar, Newman Catholic Student Center in Chapel Hill; Administrator, Saint Julia Parish in Siler City; Pastor at Our Lady of Lourdes Parish, Raleigh; Chancellor and Moderator of the Curia; Pastor at Sacred Heart Parish in Southport; Director and Campus Minister, Duke University Catholic Center in Durham.  His final Pastoral assignment was Pastor of St. Therese Parish, Wrightsville Beach from which he retired in June 2017.  Additionally, Father Vetter served in priestly ministry as Vicar for Religious and Vicar for Priests for the Diocese of Raleigh, while also holding other parochial appointments.

The family of Father Vetter requests that all memorials be made to Catholic Charities of the Diocese of Raleigh or to a charity of personal choice.

Arrangements for the Vetter family are under the care of Hall-Wynne Funeral Service in Durham, NC.  On-line memorials:   www.hallwynne.com.

Offer Condolence for the family of Fr. Joseph G. Vetter 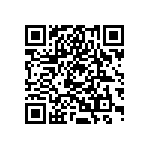