Floyd McKinley Ellis passed away at his home, Aspen Hall, in Chatham County on October 30, 2009.

He was a native Virginian, but had lived in North Carolina for thirty years. He was a graduate of the University of Virginia and attended graduate and law school there. Mr. Ellis was a member of Sigma Nu Fraternity, the Masonic Lodge, and the Shrine Club
He was a mayor of Elkton, Va. in the 1950’s.

Mr. Ellis was born March 3, 1928, the son of Clarence McKinley Ellis and Ana Sanderson Ellis. He was a retired insurance executive.

The graveside service will be Tuesday, November 10, 2009 at 1:00 pm at Elk Run Cemetery in Elkton, Virginia.

Online condolences may be sent to: www.hallwynne.com, Select “Obituaries”.

Offer Condolence for the family of Floyd McKinley Ellis 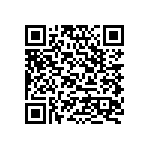