She was preceded in death by her husband, Joseph Wilson and sisters, Judy Pittman, Marie Pring, Carolyn James.

Offer Condolence for the family of Felsie Cooley Wilson 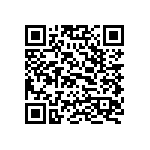