OXFORD:
Fallis Owen “F.O.” Finch, II age 67, died Monday, May 06, 2013 at his home. A Granville County native, he was the son of the late Fallis Owen Finch, Sr. and wife, Evelyn Currin Finch.
“F.O.” was a member of the Oxford Baptist Church. He proudly served his country as a member of the US Army and was a Vietnam Veteran. He was founder of F.O. Insurance Agency in 1984. He was a member of Oxford Masonic Lodge #122, past president of Granville County Shrine Club. As a member of Amran Temple, he founded the Amran Ragtop Unit and was a member of Raleigh Court #186 ROJ.
“FO”served as an integral part of the Oxford business community and served as past president of the Downtown Economic Development Committee, past president of Granville County Chamber of Commerce, and past president of Vance-Granville Home Builder’s Association.
Funeral service will be conducted on Wednesday, May 8, 2013 at 11:00 am at Oxford Baptist Church by Dr. Steven Bolton. Burial will follow at Elmwood Cemetery.
The family will receive friends on Tuesday, May 7, 2013 from 7:00 until 8:30 pm at the funeral home. At the other times at the home.
Surviving is his wife, Gaynelle White Finch; sons, Jason Douglas Finch Julie Brooks of Oxford, Fallis Owen Finch, III, of Raleigh; brothers, The Honorable Daniel F. Finch Jean of Oxford and Phillip Currin Finch of Henderson; two grandchildren, Brooks Owen Finch and Sarah Opal Finch.
Flowers are accepted or memorials may be made to Amran Temple, Transportation Fund, 1101 Creedmoor Road, Raleigh, NC 27614-9264 or the charity of one’s choice. 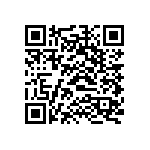