Jeannette was born August 9, 1933 in Fairmont, WV to Merritt Edward Chambers and Beatrice Hunter Chambers. After the death of her mother, Jeannette being only a few months old went to live with her grandmother, Ada Viola Chambers in Cameron, WV. She was a 1951 graduate of Cameron WV High School where she was a member of the National Thespian Society, and a 1955 graduate of West Virginia University. Following her graduation, Jeannette began her 40 year career with Mellon Bank, retiring as the first female Vice-President of the company. At the time of her retirement, she was the Executive Vice-President of the Trust Department. While living in Pittsburgh, she was a member of the Zonta Club of Pittsburgh, where she had served as President.

Jeannette moved to Fearrington Village in 1995 and was one of the early residents and members of the Camden Homeowners Association. She served as their initial treasurer, and was responsible for the implementation of auto-payment of dues through CCB now SunTrust. Fiercely independent, even until her death, she was very welcoming to new neighbors, was a voracious reader, a fan of the Pittsburgh Steelers and Pirates, and an active volunteer.

The funeral service for Ms. Chambers will be conducted at 11:00 a.m. Saturday, April 25, 2009 from the graveside at Highland Cemetery in Cameron, WV.

Offer Condolence for the family of Evelyn Jeanette Chambers 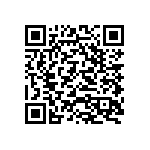