Eunice Mitchell Baker, 76, of 110 Fox Hollow Road, Oxford, NC, departed this life to join the Lord on Saturday, July 25th. She left us peacefully at her home after a courageous battle with lung cancer. A native of Raleigh, NC, Eunice was the daughter of Jasper Franklin Mitchell and Thelma Oleta Fisher.

Later, the family relocated to Garner, NC where she graduated from Garner High School. She always considered Garner home, and still has many cherished friends there. She was the faithful wife of Frank Hartwell Baker of Oxford, NC, who preceded her in death in 1995. Much of her life was devoted to the care and support of Frank, her children and beloved grandchildren. Eunice and Frank are survived by their two children, Kenneth Joseph Baker and Kati Baker Hobson, her husband Ronald Gray Hobson, and grandchildren Catherine Anne Baker and Jonathan Hodges Baker, a brother Gerald, and sisters Clara and Rena. Eunice loved so many, but perhaps none more than her children, grandchildren, and her granddogs too. Their lives were touched every single day by her fierce devotion, love, and charisma.

Eunice was a member of the Oxford United Methodist Church where she served on the Altar Guild and once a board member. She was a faithful friend to many of the congregation and the communities in which she dwelled. Eunice was an avid supporter of UNC-TV and was often found immersed in a book from the Oxford Public Library. Memorials to support these organizations and to continue her passions may be given in lieu of flowers.

Arrangments are being entrusted to Gentry-Newell & Vaughan-Oxford NC. Visitation will take place on Monday at Gentry-Newell & Vaughan from 4:00-7:00. Services will conducted by Cam Ford and her brother-in-law George Whitman at the Oxford United Methodist Church on Tuesday at 2:00 pm. A graveside interment will follow at Oxford Cemetery.

Offer Condolence for the family of Eunice Mitchell Baker 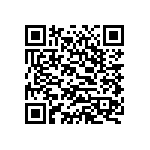