Eulie started his career as a master plumber for Hunt Plumbing. He then was employed at Superior Mechanical Contractors as Office Manager and Chief Estimator. He then went to Tomlinson Company, wholesale plumbing supplier where he headed up the Central Billing Department for the eight company locations in Virginia and North Carolina. He also brought the company into the computer age by setting up the company in-house computer system. He retired from Tomlinson at the age of 62, but then started his second career with Wachovia Bank as a Teller. He retired from Wachovia Bank at the age of 80.

Eulie was a man who lived for his family. His devotion to the well being of his family and close friends was his reason for living. He was a quiet, mild mannered man who was one of God’s silent servants.

His greatest enjoyment was in the boat on the lake with his grandson Grey, fishing. He was an avid master woodcrafter, who made furniture for his family and friends. Eulie loved a beautiful yard and he always had a vegetable garden. Another great enjoyment was riding in his fully restored 1961 Oldsmobile Rocket 88 and attending car shows.

Eulie had a full life and he loved his family.

Offer Condolence for the family of Eulie T. Daniel 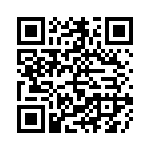