Etheline P. Cupp, 93, died on Thursday, October 14, 2010. She was a resident of the Glenaire Retirement Community in Cary, NC. Etheline was born in Beulaville, NC to the late Caddie and Willis Parker on March 24, 1917. She married Ray V. Cupp in 1947. Etheline and Cupp were long-time residents of Jacksonville, NC until retiring to Durham, NC.

Etheline was a very creative person and was always interested in the arts. She loved drawing and painting as well as playing her piano and organ. She was a graduate of East Carolina Teachers College and taught primary education to children in Pender, New Hanover, Duplin and Onslow counties. Etheline was a lifelong Presbyterian and was a faithful member of Trinity Avenue Presbyterian Church in Durham during her later years. She also was a life-time member of the Order of the Eastern Star.

Etheline is survived by her brother Charles F. Parker of Garner, NC, and several nieces and nephews. She is predeceased by her husband Ray V. Cupp.

The family would like to express special appreciation to Nancy L. Smith, MSN RN CS and also to the devoted staff of the Glenaire Retirement Community for their unwavering care and support.

Offer Condolence for the family of Etheline P. Cupp 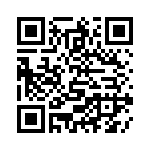