DURHAM-Ervin Watts Jolly (74) died, June 24, 2016, after a battle with cancer. He was born September 17, 1941, to the late Mary Turner Smart and the late James Luther Jolly. He was educated in Granville and Durham County schools and graduated from Northern High School in the class of 1959. He was a member of Grace Baptist Church in Durham, NC.

Ervin attended and graduated from Croft College prior to joining the Imperial Tobacco Co., Durham Branch. He enjoyed his work in the NC, VA, and GA tobacco markets. In early 1971, Ervin joined Hercules, Inc., in Wilmington, DE, with the corporate payroll and benefits functions. In 1976, he was promoted to the Internal Audit Staff where he also enjoyed his job and his travels included the U.S., Canada and Belgium. In 1983, he was promoted and relocated as Financial Advisor in a Hercules subsidiary in Vergennes, VT. In 1990, Ervin was transferred to Hercules Corporate HQ, Wilmington, DE, and he worked in a Business Center, supervisor of Accounts Payable, and state tax departments. In December, 2001, he retired after completing 31 years with Hercules, Inc.

Ervin spent much of his leisure time in Western U.S. National Parks such as Yosemite, Yellowstone, and the Grand Canyon and at home with numerous landscaping projects. He spent most of the last 10 years as caregiver for his beloved mother Mary.

The funeral service will be held in the Chapel of Hall-Wynne Funeral Service, 1113 West Main Street, Durham, NC, at 11:00 a.m. on Thursday, June 30, 2016. Friends may visit before the service from 10:00 to 11:00a.m in the Chapel. The service will be conducted by Dr. Gerald Goodman. Burial will follow in the family plot in Virgilina City Cemetery, Virgilina ,VA.

Offer Condolence for the family of Ervin Watts Jolly 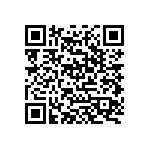