Ernest Aubrey Wooten, Jr., age 74 and a resident of Sanford, NC, died unexpectedly at Hillcrest Convalescent Center in Durham, NC on October 8, 2014.  Ernest was born in Miami, FL on Sept. 15, 1940 to the late Earnest A. Wooten, Sr. and Lois Matthews Wooten.

Ernest grew up in Atlanta, GA.  After graduating from the University of Georgia with a degree in Pharmacy, he served two years in the US Army as a Second Lieutenant at Fort Sam Houston in San Antonio, TX.  His professional career as a pharmacist lasted nearly fifty years, most of those years spent at Nashville Drug Co. in Nashville, NC.

Ernest was a deacon, church choir director, and youth leader at Nashville Baptist Church.  He served the community as a Cub Master in Boy Scouts of America and as a Little League Baseball coach and sponsor.

A family memorial service was held on Saturday, October 11, 2014 in the Chapel of Hillcrest Convalescent Center in Durham.  His family looks forward to celebrating his life with friends at a later date.

In lieu of flowers, contributions in Ernest’s memory may be made to the ALS Association, which seeks a cure for the disease that took his mother’s life.

Arrangements for the Wooten family are under the care of Hall-Wynne Funeral Service in Durham.  On-line memorials:  www.hallwynne.com.  Select obituaries.

Offer Condolence for the family of Ernest Aubrey Wooten, Jr 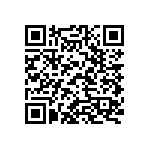