Erma Ruth Johnson Freeman, 86, died after a brief illness early Thursday, August 14, 2008 at Duke Hospice at The Meadowlands. Erma was born in Durham to the late E. Clyde Johnson and Annie Bagwell Johnson on February 21, 1922.

Being raised in Durham, having graduated for Durham High School in 1940 and living her life in Durham, Erma had a great fondness for her community. That fondness was shared with The Watts Street Baptist Church and congregation, as she was a life long devoted member. More than anything else, her family meant most to her. She was a loving and supportive wife as well as a caring and nurturing mother. The only thing that could ever pull her away was a good game of Duplicate Bridge. She was an avid player. Erma also spent a brief period of time working with the Liggett & Myers Tobacco Company.

The family would like to extend a special thanks to The Hospice at Meadowlands as well as the Doctors, Nurses, and Staff on the 5th floor of Durham Regional Hospital.

Memorial contributions may be made to Watts Street Baptist Church, 800 Watts St., Durham, NC 27701. Please include “Erma Freeman” on the memo line of your check.

Memorial Services will be offered at 2:00 PM on Sunday, August 17, 2008 at the Watts Street Baptist Church, Durham. Melvin Williams, Pastor will preside.

Offer Condolence for the family of Erma Ruth Johnson Freeman 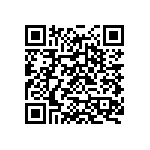