Lib grew up in Greensboro, attended Mary Baldwin College and graduated from Duke University. She and her husband, Charles L. Steel III, settled in Durham. Lib became active in the Durham community through Allied Arts where she built sets and acted in theater productions for elementary schools. She served as president of the Durham Junior League and president of the Durham Children’s Museum (Museum of Life and Science). She was also very active in St. Philip’s Episcopal Church serving as treasurer of the Episcopal Church Women, a member of the altar guild, the Daughters of the King and scheduling ushers for each Sunday service. While at Duke University, Lib joined Pi Beta Phi sorority and she served as the alumni advisor to the Pi Phi chapter at Duke for over thirty years.

Lib was a good neighbor who developed friendships throughout her community and for many years she participated with a special group of friends at their weekly bridge club. They were an extremely close and supportive group of friends and, on occasion, they even played bridge.

Lib worked in a laboratory at Duke University testing children recovering from cleft palate surgery. She found the work rewarding and again made many close friends. Later, Lib became a licensed real estate broker and worked as a realtor. She continued working in a stationery store (Casey and Company) well into her eighties, eventually retiring in 2004.

Lib’s memorial service will begin at 11:00 AM at St. Philip’s Episcopal Church on Saturday, February 9th, 2019. The family will be available to greet people attending the service at 10:00 AM in the gathering room on the second floor of the Parish Hall. Interment in the columbarium at St. Philip’s will occur immediately following the service. Gifts can be made in Lib’s memory to the rector’s discretionary fund at St. Philip’s.

Offer Condolence for the family of Elizabeth Steel 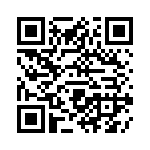