Elizabeth was home schooled and graduated from Belvidere High School in 1941 at the age of 16 and then New Jersey College for Women (NJC), now Douglass Residential College, Rutgers University, graduating in 1945, at the age of 20, where singing and music became her passion. While at NJC she joined her classmates in knitting scarves and mittens for the troops while attending class and lectures. After graduation, her first position was as a program director at the YWCA in Rochester, where she met her husband, and love of her life, Leonard H. Clark. They married in 1947 and settled in Syracuse, NY. While living in Syracuse, Elizabeth was a member of the New York State Commission Against Discrimination, served on the board of University Hospital, secretary for the Chamber Music Society and sang as a member of the Tanglewood Chorus in the 1950s. The family moved to the Philadelphia area in 1956 and Elizabeth became a member of the National Council of the Metropolitan Opera.

As a faculty brat, Elizabeth missed the academic life and began graduate school part-time in the 1960s, receiving a Master’s degree in Sociology at Rutgers University. She began her professional career as the Director of Social Services, Presbyterian-University Medical Center in Philadelphia in 1966. After ten years of focusing on research and service provider programs to death and dying patients, neglected/abused children, and their families in the inner-city, she shifted her focus to a medical center of a life care community, and community hospital, Nazareth Hospital, and taught at Holy Family College in the Sociology Department. In 1982 she left Holy Family College to teach part-time at Beaver College, now Arcadia University, Glenside, PA, in the Sociology and Anthropology Department. She achieved emeritus status.

Elizabeth actively promoted and continued volunteer work throughout her career. Upon retirement from Arcadia she served as President of The Highlands Historical Society Board of Trustees, helping to bring a dedicated and increased awareness to historical site management.

Elizabeth and her husband were members of Manufacturers Golf and Country Club for more than 40 years, where they were often found playing mixed doubles tennis and the Penllyn Club in Gwynedd, where they enjoyed the Tuesday night social events. She attended St. Thomas’ Episcopal Church in Whitemarsh and Chapel of the Cross in Chapel Hill, NC after moving to Chapel Hill ten years ago.

Elizabeth is survived by her daughters Darcy Clark Rowell and husband John of Princeton, MA, Elizabeth L. Clark and husband, Courtney West, of Alexandria, VA, and nieces and nephews. Her husband, Leonard, preceded her in death in 2012 as did her brother, Alfred Hughes.

A family Eucharist service and burial will be conducted at St. Thomas’ Whitemarsh, PA, January 21, 2015, at 11:00 AM for family and close friends.

Offer Condolence for the family of Elizabeth Hughes Clark 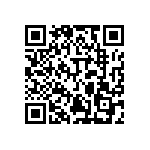